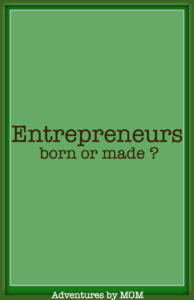 So, we went to Harley’s 6th grade parent orientation. The counselor spoke about changing hormones, growth and development. . . basically what we were headed for with our son this year. The assistant principal spoke about what we could do to help our children make a smooth transition. This included things like, practicing using his combination lock, helping him organize his backpack and binder, and changing clothes quickly.

This last bit caught my attention.

Getting my son dressed in the morning can take numerous reminders to get the socks….now the shoes…tie them….brush the teeth….don’t forget deodorant. Where are the glasses?  Each reminder requires a return to the bathroom, or bedroom. This is life with ADHD.

Now, he’s going to have to get dressed quickly at school!?! By himself? In just minutes?

Well, apparently students have between 3 and 5 minutes to change for PE and make it into the gym for warm ups. If they are focused, and doing what they should be, this shouldn’t be an issue. And, after PE, they have about the same amount of time, maybe a minute or two longer, to shower, if they want, and change back into school clothes for class.

When my husband and I arrived home, I told Harley he needed to practice changing clothes quickly.

Harley: “Why? I’m not getting undressed at school.”

Me: “Yes, you will because you have to dress out for PE,” I explained.

Harley: He got a slightly panicked, puzzled look on his face and asked, ” You mean people will see me get undressed? But, that means I have to wear underwear.” (He hates to wear underwear, and has been known to go commando on more than one occasion.)

Me: “Yes, you will need to wear underwear, but no worries. Everyone else will be changing too. Everyone will be nervous and worried, just like you. It will be like your brother in the locker room at hockey practice.”

Harley: “Oh.” I could tell he still wasn’t on board with the idea.

Me: I explained at the end of PE he would be able to take a shower, and get dressed for class.

Harley: “NO WAY! I am not getting naked at school.”

Me: I went on to explain, he could keep baby wipes (“Mom, I’m not a baby.”) and deodorant in his locker for after class.

Harley: “Mom, can’t I just spray myself with Febreeze? It smells nice and fresh. Then I wouldn’t need baby wipes, or deodorant, or to be naked at school.”

Junior High – An Entrepreneur is Born

We are three weeks into the school year, and getting dressed out for PE is no big deal now.

Because I refused to allow my son to spray himself with Febreeze after PE (#meanmom) and insisted on sending baby wipes and deodorant for his gym locker, he has become quite the entrepreneur.

At dinner this evening, he shared the fact that he’s chosen for football because he’s good at snapping the ball.

And, his friends owe him money.

Me: What? Friends owe you money?

He went on to share that everyone asks for his baby wipes because no one wants to take a shower, yet they don’t want to be stinky. He said he was selling them for $1.00 a wipe.  I’m proud that he’s smart, and aware of the whole supply and demand thing. I just hope he’s joking because he would most likely get in trouble for selling baby wipes.

He then said he’d like to take extra water bottles with him to school. He thinks he can get $5.00 a bottle.

My hubby asked, “Don’t you think people would use the water fountain for free?”

He replied, “No, Dad. The water is warm. The line is slow, and they make you go fast, so you are still really thirsty.”

Smart boy…. my son, the entrepreneur. 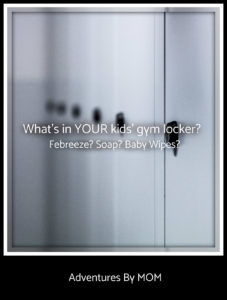 What are your kids up to at school? What do I have to look forward to next?