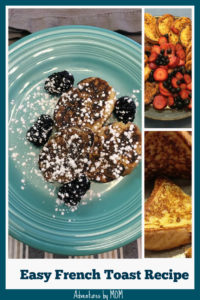 Breakfast can be quick and easy, or a huge ordeal. Don’t worry if cooking isn’t your forte because this simple French Toast recipe is quick and easy – anyone can whip up this delicious breakfast.

French toast looks like it was a huge ordeal to make, but it’s really easy! Don’t be intimated! You can make it for your family and friends. Some people like to sprinkle powdered sugar on French Toast. I know I do! My boys prefer to cover their toast in a lake of syrup. Either way, you can’t go wrong. 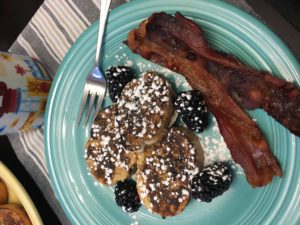 One top of this simple french toast recipe just add some fresh fruit like blackberries, or strawberries to sneak in those servings of fruits and veggies! 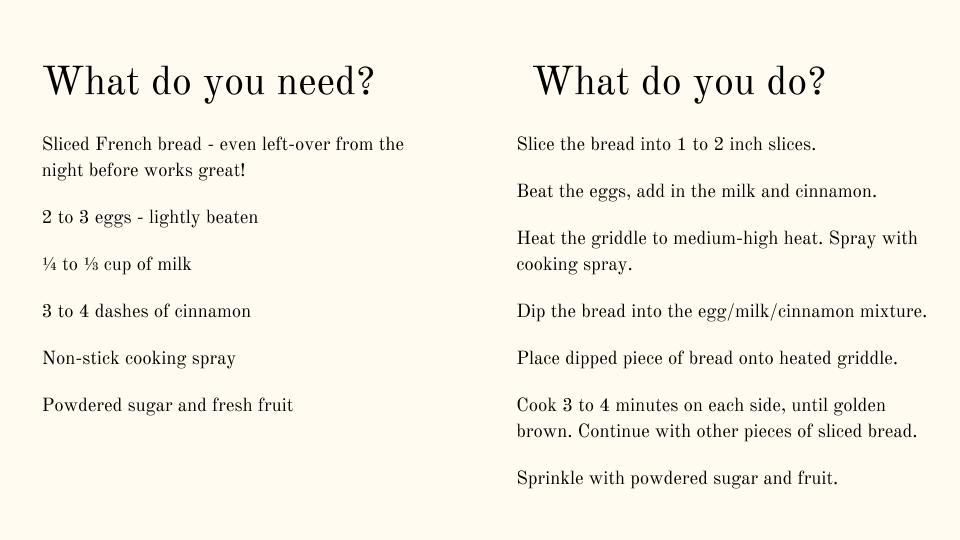 I don’t know about you, but it helps if I can see what things are supposed to look like through the process. 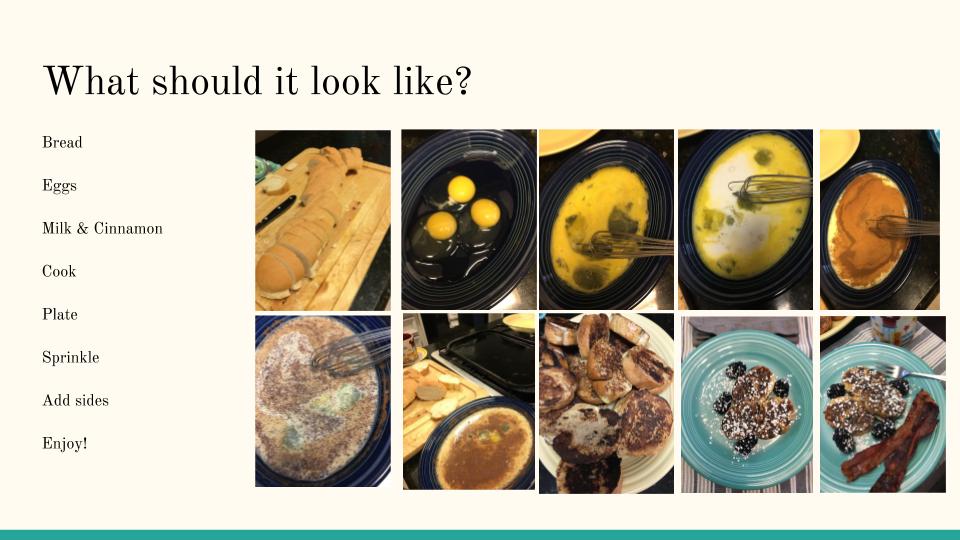 Guess what! French toast is not French. The French actually call this type of breakfast ‘pain perdu’ which means lost bread. The bread is ‘lost’ because stale bread actually works best in this recipe than fresh bread.

So, why do we call this recipe French toast instead of Roman toast or Lost Bread? Well, in 1724 the modern version of French toast was created by Joseph French.

So, why isn’t it called French’s toast? Mr. Joseph French was really good at creating wonderful breakfast creations but not so good at grammar. He forgot the apostrophe so his wonderful creation when down in history as French Toast and people everywhere think it was invented in France.

Toppings can really ‘customize’ your french toast. Powdered sugar is a must in my house!

Get a really fine dusting of powdered sugar with this fancy sugar shaker called a dredge!

Don’t get locked in to just one flavor of syrup. Maple is a tried and true but syrup comes in so many wonderful flavors. Shake things up a bit and go for something new and different!

Try this pretty syrup dispenser to make it a fancy party!

If you give it a try, I’d love to hear how it worked out! Post your thoughts and photos for us to see! 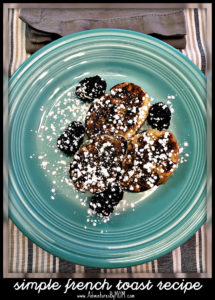