We all have our stories to tell, and battle scars to show. Do you have a story that involves an ER visit? 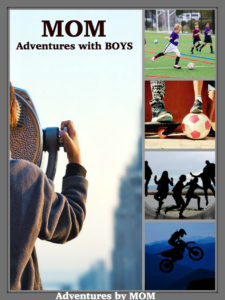 Mom Adventure – Morgan is the boss.

When Harrison was four the mom adventure involved popcorn and ears.

After I got home from work, Harrison and I went to get the mail.  Our mailbox was at the end of the street. As we walked down the sidewalk, this was our conversation:

Me: Why, what happened?

Harrison: I put popcorn in my ear.

Harrison: Morgan told me to.

Harrison: Morgan is the boss. He said so.

Harrison: No, she would be mad.

Me: Did you tell Daddy?

Harrison: No, he would be mad.

Me: Is it still there? Does it hurt?

Harrison: It hurts if you touch it. 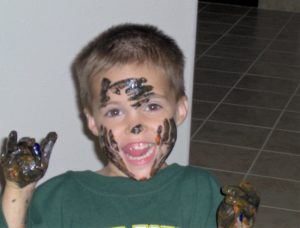 What do you mean I wasn’t supposed to paint my face?

My mom brain is trying not to panic with thoughts like:

I’m sure we can get the popcorn out. At least it wasn’t a pea, or bean, because those swell and get stuck! We can be thankful for the little things, right?

Thank goodness he told me. What if he didn’t tell anyone. How long would it have been in there? I’ve heard some horror stories that involve stench when something has been in there way, way too long! 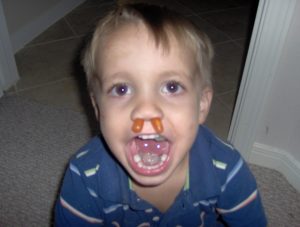 Look what I can fit in my nose!

Mom Adventure – Google How to Get Popcorn out of a Ear

Then the thoughts turned to: What could I use to get it out that wouldn’t push it farther in?

He tried standing on one leg and hopping up and down. You know, like when you are trying to get water out of your ears after swimming. No, it didn’t work.

We needed something with suction. The shop vac! I put the shop vac to my ear. It was suctiony, but it didn’t hurt. So I tried that. No luck.

The only thing left to do was call the doctor.

We ended up at the after hours clinic where our favorite pediatrician washed it out with a super size syringe of water.

Who would have thought a giant syringe of water would shoot the kernel right out of his ear? Clearly not me, or we’d have tried that at home before calling the doctor for FREE!

We can only hope he will not put anything else in his ears!

What has YOUR kiddo put in their ear?

You have come to the right spot to tell your mom adventure stories and enjoy ours. Let’s laugh together and share the magic of motherhood! 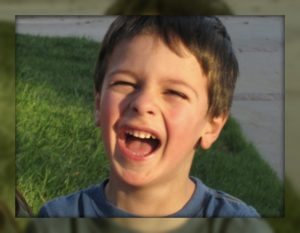 Mom Adventure – Did I hear that correctly?

Ears aren’t the only small space where you’ll find popcorn kernels and the like. When my daughter was three she was playing with Barbie in the living room. I was enjoying a very rare moment along in the nearby study emailing a friend when I heard them chatting away. How sweet, I thought, until I heard these words, “Daddy, I put a bone in my nose.”

My husband didn’t blink and I heard the conversation continue as I flew into the room. Dad didn’t know that the Barbie doll had a dog…and that dog had an itty bitty bone. I really suspected that itty bitty bone was now inside our daughter’s nose!

Of course it was late evening. Of course it was the weekend. AND after taking a peek into cutie’s nose with a flashlight….of course that itty bitty bone was inside her nose.

Mom Adventure – Google and a call to the Dr.

Ok, I warn you now. Do NOT google ‘something stuck in the nose’ unless you have a REALLY strong stomach. I nearly threw up after doing that myself. GROSS! You think your kid stuck something weird in their nose. OH, you just have no idea what all google has photographs of.

Since googling ‘Help! My kids stuck something in their nose.” didn’t give me anything but a nauseous stomach. I called the pediatrician. Of course it was after hours ($$) but crazy they were open for some unknown reason and we raced to see them.

So, after rushing to the pediatrician’s office, all the way there, thinking how lucky we are the office is still open we arrived. We laid out the preschooler on the table and started peering in her nose. I was so relived to get this professional opinion….drumroll, please.

“She has a toy bone stuck in her nose.”

Um, ya’ think? And….there wasn’t anything the pediatrician could do. Next stop – the ER.

So now we are at the ER and it is getting late. It must have been a full moon, too, because even though it was an ER in the suburbs on Denver, there were some really….interesting…..things going on in the ER. Ew.

Once we were back in a room to see the dr where my daughter happily eats the popsicle they gave her and watches the Disney channel on the TV, I get the 2nd professional’s opinion,

“There is a toy bone stuck in her nose.”

OMG – ya’ think? And….nothing to be done here. Next stop = pediatric ENT. 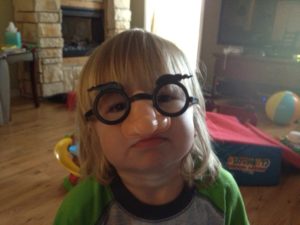 Who is that mystery boy?

So now it is Monday morning and we are in the ENT’s office. The whole crew is with us – Dad and baby brother.

We get back in to the room to see the ENT and anxiously await the dr. The dr arrives, peers into the 3 year old’s nose, with a VERY long hose with a light on the end, and that is just as much fun for all as it sounds, and we get the 3rd professional’s opinion,

“There isn’t a toy bone stuck in her nose.”

Before we could breathe a sigh of relief we are told this might not be good news. What happened to that bone? If it came out the nose that would be good but if it got sucked back into the lungs that would be bad.

So…off for x-rays we went.

At this point, the little toy boy that belonged to Barbie’s dog is now costing an absolute fortune! To think of the trouble I went to keeping Barbie’s toys away from the baby when in the end it was the 3 yr old who stuck on in her nose! Who knew?

Oh, the joys of an x-ray for a 3 year old who does not like to be still and stuck on a cold table where mom can not go. We quietly and, as patiently as possible, waited for the 4 professional’s opinion,

Ok, so now we breath a sigh of relieve. What happened to the bone is still a mystery. Thankfully, this is my ONLY story of something that got stuck in the kiddo!

What has your kid done? We’d love to hear all about it. Drop your story in the comments. 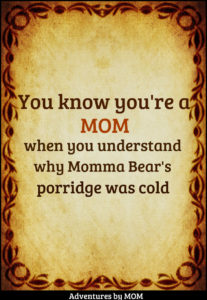